Meglow Fairness Cream for Men Review, Price and How to use Meglow fairness cream for men is priced at 110 rupees for 50 g. A smaller tube is also available which is cheaper. You can try that if you don’t want to spend that much for the trial purpose. Meglow fairness cream for men features the latest technology of skin brightening which is designed to target the skin darkening. This cream is super powered with the active botanicals and loaded with some skin beneficial vitamins like Vitamin A and Vitamin E. Meglow brighten sand freshens the dull complexion and comes with SPF 15 for sun protection. It also has brightening essence. Boys, if you have oily skin and you wish to have fairness then read our post on fairness tips for oily skin men. That is a new site launched by us called MensBeautyHealth dedicated for men only. :)

This cream comes in a blue carton with a blue shining tube that looks attractive and good. It is a cream in colored skin fairness creams designed for men in India. It also has a good mild fragrance but very different to that if the women’s meglow cream. It smells similar like the Boroplus cream.

The formula is a bit more moisturizing than the women’s cream. I tried to massage this on my arm and realize that it is hard to get absorbed or blend in. The cream was sticking to the skin and was not easy to work with. It doesn’t give a white cast but some white patches as the cream was still not blended well. So, if you have got this Meglow fairness cream for men or are thinking of trying it then you should be aware that it will take time to blend. This was what I felt about this fairness cream now; I will share what my brother says about this Meglow fairness cream as he was the one who used this cream. He said that as this cream can leaves patches and needs more blending especially for men as the moustache or beard hair can make blending and massaging the cream harder, So he used to put tiny dots and then blended it. He says that this Meglow fairness cream makes the skin look slightly better and not oily but after few hours the oils starts to come. Which I think is normal as creams can hardly control the skin oils.

He has oily skin by the way. He has used this for 2 weeks and has not faced not skin allergies or breakout but he has also not seen any skin whitening. In other words, this cream is just a decent day time cream for the men. It makes the facial skin a little better. But nothing like skin whitening. Meglow cream has SPF 15 so, it protects the skin against the harmful rays of sun. He liked the cream but this is nothing that he would like to repurchase it as blending part is tricky and when he is in hurry, you can guess how difficult it would be to blend. And no one would like to go out cream patches sticking on the face. Take: Meglow fairness cream for men is an average cream as it doesn’t do skin whitening or give fairness and very difficult to blend. So, you will have to give it time to let it massaged well on the skin. It has SPF 15 and skin brightening (slightly), which is good but on the actual important features this Meglow fairness cream fails to perform well. I think men can try Nivea moisturizers or Garnier men fairness moisturiser than this. 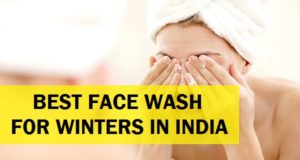 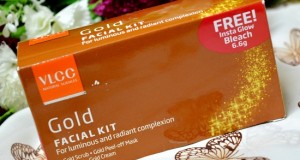 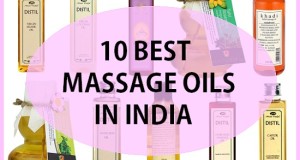